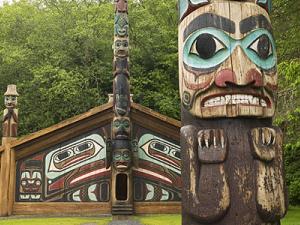 All around our small planet, Native & indigenous traditions have been a rich source of spiritual inspiration. They serve as "Arks" or repositories for earth's rich past. They provide perspective on the importance of balance with the natural world. The myths and archetypical characters that populate them exemplify a path of harmony that humans can walk with all the winged, finned and four-legged earthlings.

Find herein examples of such myths, as well as important resources to continue the path...

Item: The Trickster
"In Native American mythology there are (spirit) figures known as tricksters... individuals whose actions have been attributed to natural phenomenon such as the creation the earth, the sun, the advent of fire, and the weather. Early native shamans and philosophers attributed these beings with human qualities as a means of likening their actions to the same passions that govern human thought. Having their origins in the oral tradition of early Indian tribes, these tricksters have evolved into powerful symbols. The transformative powers of the trickster make such an entity transcend the physical and metaphysical world."

"The most common manifestation of the trickster is the raven. There are many stories attributed to this trickster and he is seen throughout northwestern 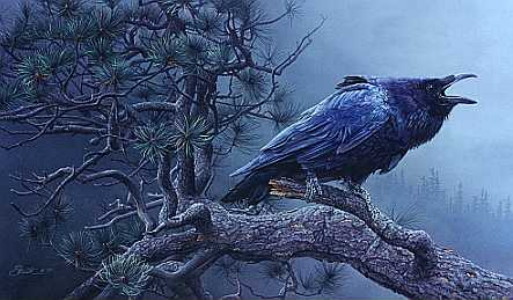 native mythology as a figure of great import. Nearly all of the tribes of the American northwest have an oral tradition about the raven and how his actions have affected human development. The Inuit of Alaska have a creation story that tells of a great struggle between Raven and a sea creature of indeterminable size and scope. Using his harpoon, Raven captured the creature and it thus became the land.

In another story, Raven brings sunlight to a dark world. The Tsimshian of British Columbia and Alaska were given light by the raven, who tricked a tribal chief along the Nass River. The chief kept the light in a box in his lodging and the raven conceived an intricate scheme to obtain it. Raven transformed himself into a spruce needle and then fell from the sky into a cup of water that the chief’s daughter was drinking and impregnated her. Born into human form, Raven stole the chief’s box and then transformed into his original shape. As he flew away with his prize, he encountered a group of fishermen.

Hungry, Raven asked the group if he could have some of their catch. When they refused, he flew off and released the daylight. In this story, early native oral tradition blends both the trickster with the transformer figure, another important aspect of native religious development; one often seen with trickster stories." 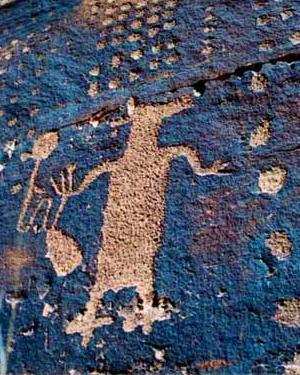 Petroglyph of the trickster in  the form of "coyote"

Long before the world was created there was an island, floating in the sky, upon which the Sky People lived. They lived quietly and happily. No one ever died or was born or experienced sadness. However one day one of the Sky Women realized she was going to give birth to twins. She told her husband, who flew into a rage. In the center of the island there was a tree which gave light to the entire island since the sun hadn't been created yet. He tore up this tree, creating a huge hole in the middle of the island. Curiously, the woman peered into the hole. Far below she could see the waters that covered the earth. At that moment her husband pushed her. She fell through the hole, tumbling towards the waters below. 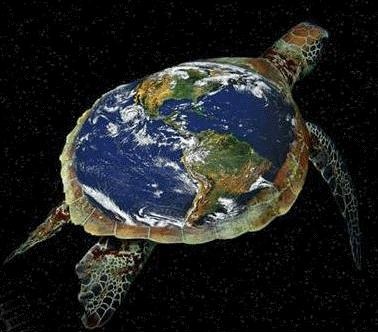 Water animals already existed on the earth, so far below the floating island two birds saw the Sky Woman fall. Just before she reached the waters they caught her on their backs and brought her to the other animals.

Determined to help the woman they dove into the water to get mud from the bottom of the seas. One after another the animals tried and failed. Finally, Little Toad tried and when he reappeared his mouth was full of mud. The animals took it and spread it on the back of Big Turtle. The mud began to grow and grow and grow until it became the size of North America.

Then the woman stepped onto the land. She sprinkled dust into the air and created stars. Then she created the moon and sun. The Sky Woman gave birth to twin sons. She named one Sapling. He grew to be kind and gentle. She named the other Flint and his heart was as cold as his name. They grew quickly and began filling the earth with their creations. Sapling created what is good. He made animals that are useful to humans. He made rivers that went two ways and into these he put fish without bones. He made plants that people could eat easily. If he was able to do all the work himself there would be no suffering.

Flint destroyed much of Sapling's work and created all that is bad. He made the rivers flow only in one direction. He put bones in fish and thorns on berry bushes. He created winter, but Sapling gave it life so that it could move to give way to Spring. He created monsters which his brother drove beneath the Earth.

Eventually Sapling and Flint decided to fight till one conquered the other. Neither was able to win at first, but finally Flint was beaten. Because he was a god Flint could not die, so he was forced to live on Big Turtle's back. Occasionally his anger is felt in the form of a volcano.

The Iroquois people hold a great respect for all animals. This is mirrored in their creation myth by the role the animals play. Without the animals' help the Sky Woman may have sunk to the bottom of the sea and earth may not have been created.

There is much confusion and misinformation in the Psychedelic West  concerning the different types of Amazonian shamans. This is especially true in regards to ayahuasca shamans. This confusion is largely around the difference between the “ayahuasquero” and “curandero.” In their shamanic pursuits, many westerners are looking for a shaman that works with ayahuasca and therefore end up drinking with an ayahuasquero. An ayahuasquero is simply someone who has considerable knowledge of the ways of ayahuasca.  They can cook the brew, set up the space, serve the ayahuasca, sing icarros, and run the ceremony. They generally are NOT healers.

A curandero, as the name implies, cures people. A curandero has a large toolbox to draw from as the training for a currandero is much more extensive and varied.

Curanderos do a large number of plant and tree bark dietas (diets). These dietas form a strong bond between the currandero and the plants dieted. Those plants become allies, and the plants teach the curandero how to work with them during ceremony and in healing. A curandero can call on one of his plant/tree allies to protect the guest, to bring in the medicine, and help cure a guest.

A curandero has learned to work with energies/spirits that may be in the guest. If the spirit or energy is not useful or harmful, the curandero helps the patient learn to control that energy/spirit so that it does not cause further negative manifestations in ceremony nor in life. It is also possible that an outside spirit may try to get into a guest during ceremony. A curandero protects the guest from these outside spirits. This skill of managing energies/spirits is particularly important in an ayahuasca ceremony as a person’s energies open up significantly in this space.

The above is by no means complete. The intent is to educate western psychonauts about the difference between curranderos and ayahuasquero. This is due to the significant and increasing interest in ayahuasca by westerners. 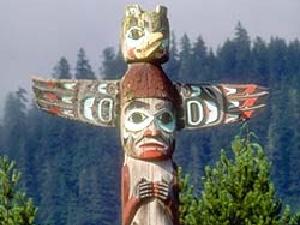